Deploying OpenBGPD at LINX Wales and LINX Scotland – Why it matters 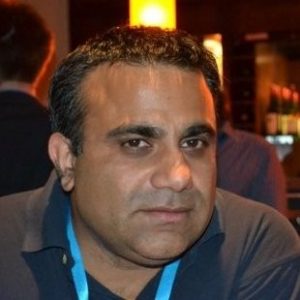 LINX recently deployed new route servers running OpenBGPD at LINX regional exchanges, LINX Wales and LINX Scotland. This was in part as a result of an initiative by the Route Server Support Foundation (RSSF) for Internet Exchange Points (IXPs) to operate a working route server as an alternative to the long-established BIRD route server platform.

We caught up with LINX Senior Network Engineer, Mo Shivji, to discuss OpenBGPD and how and why it’s being implemented at LINX.

OpenBGPD is an open source Border Gateway Protocol daemon. It’s a free implementation of BGP version 4, allowing ordinary machines to be used as routers exchanging routes with other systems speaking the BGP protocol.

Why is OpenBGPD and the RSSF initiative important?

The RSSF initiative aims to further develop OpenBGPD as a route server and also keep it maintained. This is so it remains stable for use in production networks. It’s important because for many years now there has only been one real successful daemon that was stable and regularly maintained by developers. While we recognise that BIRD provides an excellent route server facility for LINX, we should not be relying on a single solution.

Why is OpenBGPD being deployed at LINX Wales and LINX Scotland now?

We have initially deployed the OpenBGPD route servers in our sites in Wales and Scotland for a few reasons.

This is why developing OpenBGPD is vital so we can help it establish itself as a viable long-term alternative to the BIRD route server platform.

Peering information for the new route servers is available on the LINX Member Portal. Here, members will have access any information about policy control and AS-Prepending communities on the route servers plus peering details.