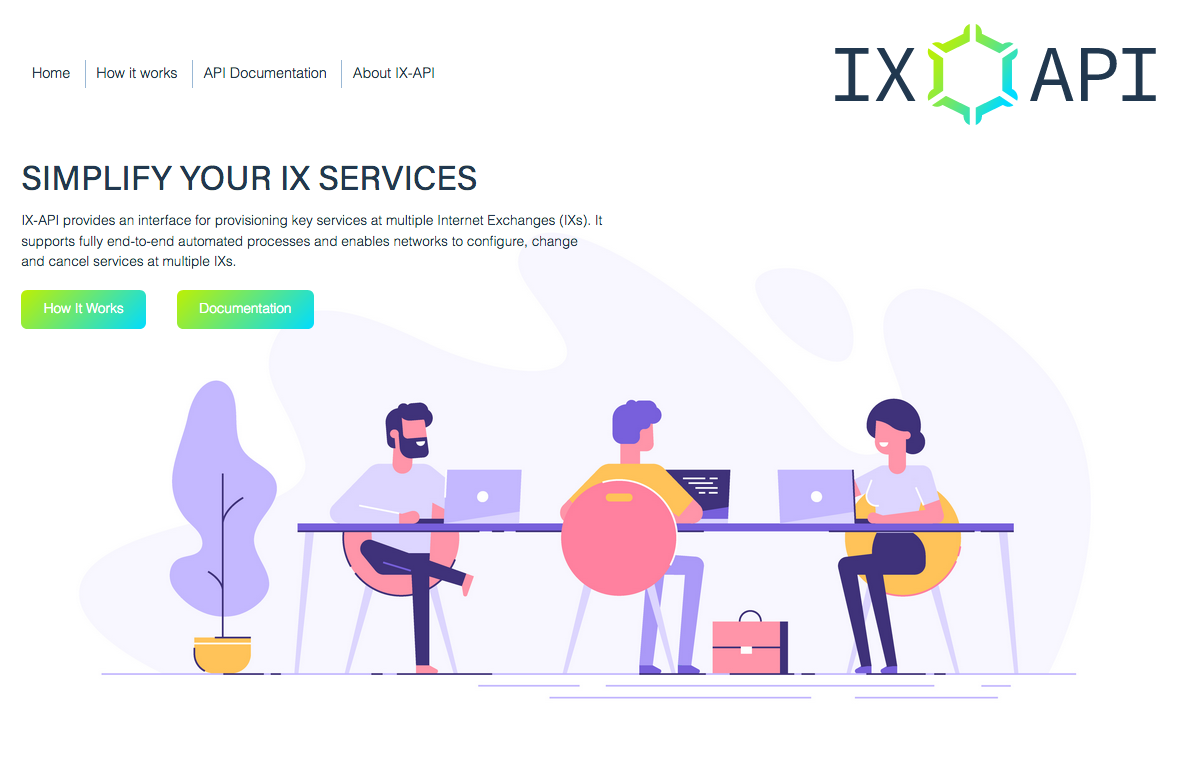 One year ago, the world’s leading Internet Exchange (IX) operators AMS-IX (Amsterdam), DE-CIX (Frankfurt) and LINX (London), launched a new universal application-programming interface, the IX-API. The large proportion of member, customer and partner crossover between all three exchanges provided the opportunity to work with and offer something to the community, making a new universal provisioning and configuration API a natural yet revolutionary collaboration between the three IXs.

The IX-API improves productivity and provisioning of services for their immediate customers, members, and the wider networking community to self-manage their existing and new interconnection services, such as peering, more effectively. During the virtual European Peering Forum (EPF) event in September, the release of version 2 was presented. The IX-API version 2 contains a number of new features including cloud connectivity capabilities, private VLANs and closed user groups. The IX-API version 2 specification and documentation is available now in the sandbox on the IX-API website.

“DE-CIX implemented the DE-CIX API in September last year, right after IX-API version 1 was released. Many customers and especially peering resellers jumped at the chance, as IX-API version 1 mainly focused on the peering use case. With IX-API version 2, cloud connectivity is now also supported, and has already been implemented. The first customers are already using version 2 to automatically provision and configure dedicated cloud connectivity to cloud service providers such as Microsoft Azure, Amazon AWS, and the Google Cloud platform. Customers can now programmatically set up and control not only peering services but also cloud connectivity to a large number of cloud service providers. This transforms the DE-CIX interconnection ecosystem into a software-defined Internet and Cloud Exchange.”

“For LINX and version 2 we are working to deliver this in parallel to our product offerings, as we enable cloud solutions through our portal and enhanced interconnection services this year. Developing a wider set of products and services for our members and partners is very much part of the LINX strategy and IX-API version 2 provides a programmable interface into our exchange platforms around the world. We also continue to promote adoption across the IX community, to help promote digital consumption of peering services in general.”

“Over the last months we continued working on the IX-API to further improve this service and make it easier for IX partners to interface with IXs in a standardized, automated way. This will significantly streamline the workflow of customers seeking to connect to an IX.”

Mutual connectivity and data centre partners Epsilon and Interxion were approached to trial the first phase of the IX-API and will continue to trial and support version 2 of the IX-API.

Further phases are being planned to include additional monitoring and statistical functions. Find out more https://ix-api.net/