Looking Glass (LG) emerged as a means to troubleshoot BGP routing issues on routers of other autonomous systems where one did not have full access via SSH/Telnet. To accommodate this need, LINX has in the past offered direct Telnet access to its route collectors via a read-only account and web interfaces for both, route collectors and servers. Over time these various legacy looking glass systems have shown not to 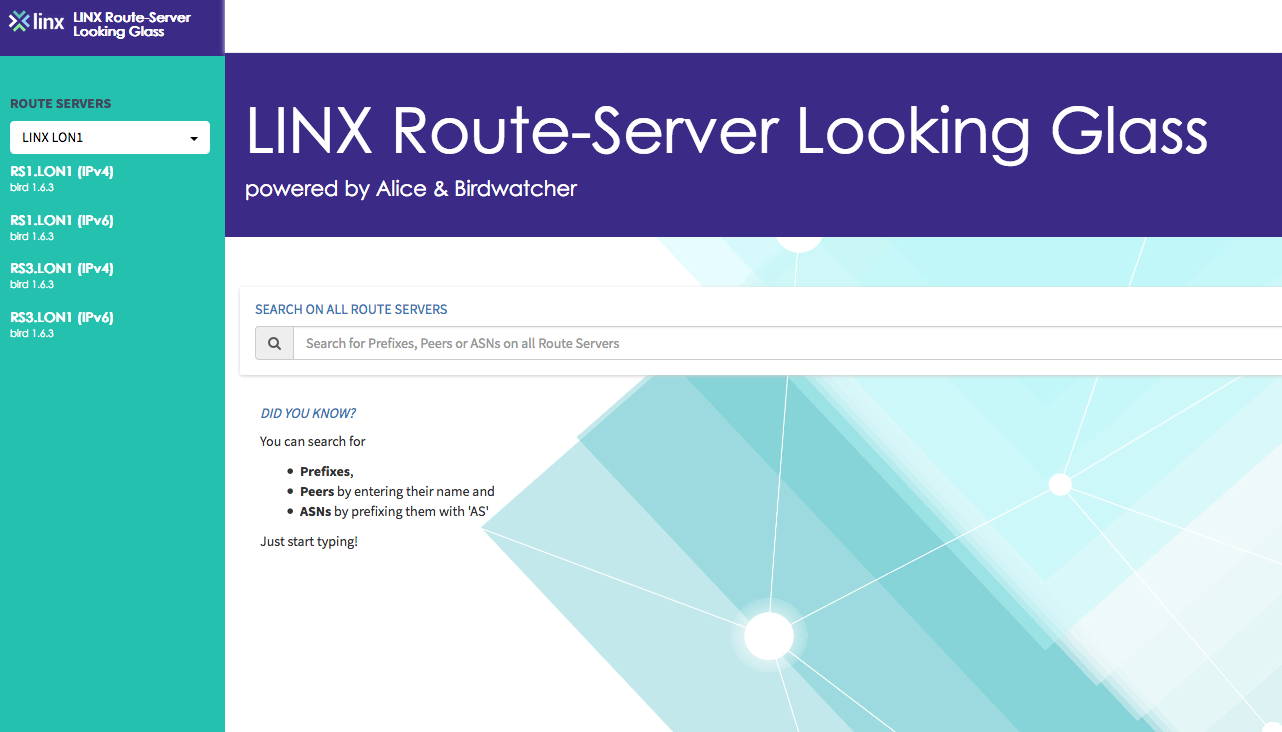 keep up with modern requirements and were therefore recently replaced with Alice LG. In the following some of the challenges during the Alice LG rollout are outlined.

Retirement of Cisco 7200 Based Route Collectors

For about two decades, LINX has used Cisco 7200 route collectors which have been end of service since 2015 and therefore needed to be retired. Given that we made recent investments into automating the BIRD route server configuration and Alice LG, a migration of all route collectors to BIRD was the obvious way to move forward.

For our route servers, we used an in-house LG which was originally developed in 2003 for Quagga-based route servers. It proved more and more difficult for an increasingly smaller pool of engineers familiar with this now two decades old software to implement new features and reduce technical debt. On the route collector side, we used mlrg which was a popular LG for Cisco routers but is not under active development any more. A new LG was therefore required which should have an easy-to-use GUI, support modern BGP enhancements and RPKI, offer an API and be actively maintained. Alice LG and the accompanying Birdwatcher API fulfilled all our requirements and was therefore chosen to succeed the legacy route server and router collector LG.

After much needed work on the route servers to enable RPKI and upgrade the route server operating system to Ubuntu, work finally started on the Alice LG replacement in February 2020, just as the COVID lock down set in. Testing was initially carried out using a VM on one route server emulating LON1 RS1 with Birdwatcher. This worked fine until we decided to see how things worked with all LINX route servers connected to the LG in a test environment. It became clear that we needed more memory resources and decided to deploy the LG on a physical device with more memory which seemed to allow Alice to work better.