Creating a buzz for LINX98 Manchester 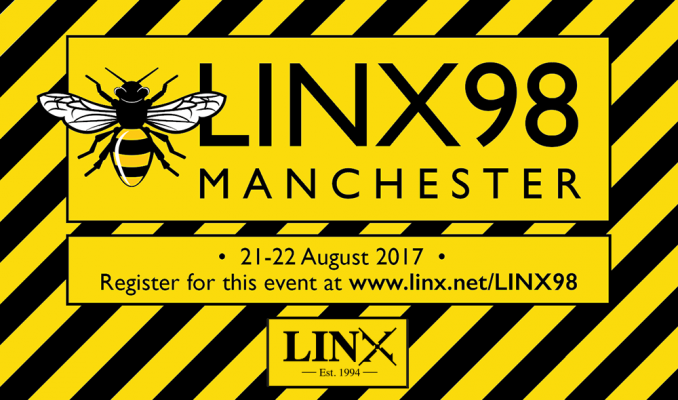 The LINX98 member conference is just around the corner, taking place at Manchester Central Convention Complex on 21st and 22nd August. To help create a ‘buzz’ for the event, here’s a sneak peek at the branding style we’re using for our T-Shirt giveaway!

If you’re not familiar with the ‘Manchester Bee’ it was adopted as a motif for the city during the Industrial Revolution. This was at a time when Manchester was taking a leading role in new forms of mass production which lead to it becoming the world’s first industrial city. The Bee gained a global presence more recently as it came to symbolise the strength of the city following the tragic terror attack earlier this year.Manchester is known for being a ‘hive’ of activity and this spills over into it’s current digital status within the UK.

The city is home of LINX’s first regional Internet exchange point, IXManchester and last year, made in to the top 20 European Digital City Index for starting and scaling a digital tech business. In addition, £10million in government funding is being proposed for a future project to test IoT technology*.