Internet Traffic and the Coronavirus

As one of the world’s largest Internet interconnection hubs, and one that publishes public statistics on Internet traffic, LINX is often asked for insights into how a major world event such as Coronavirus affects Internet traffic. The government, especially in the early stages of the crisis when it was less confident, eagerly sought out data that would inform it whether the Internet would “keep working”. 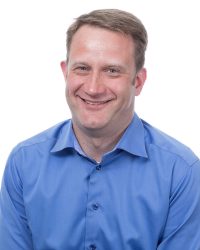 These questions, however, conflate a lot of different kinds of assumptions about the nature of Internet traffic, how it is delivered, and what is important.

One confounding factor is the difference it makes to your analysis whether you include Internet video or not.

Before the Coronavirus outbreak, when you worked from home you might have download a business document and worked on it all day, or maybe edit it collaboratively online. Once you finished work for the day, you might have watched a movie on Netflix or a programme from BBC iPlayer. If so, you consumed more data, in terms of Internet bandwidth used, in a single second watching Netflix than in all the time you spent working on the document. I’m not going to directly assign a relative value to the document or the 1 second of video, but it’s fair to say that the document held your attention for much longer. It will probably also be thought to be higher value than the video by a business – unless you happen to work for Netflix, of course.

Streaming Video content is also distinctive in that it comes from a relatively small number of sources. Any video you watch most likely came from Netflix, Amazon, Google/YouTube or Facebook, BBC iPlayer or one of the other national TV broadcasters. If it didn’t, very likely it came from one of a handful of other providers.

By contrast, your business document could have come from anywhere. Even with business increasingly relying on a small number of cloud providers – Amazon, Google, Microsoft plus some purely enterprise cloud operators like IBM, Oracle and Cisco – there remains a high chance that your business document came from one of an innumerable variety of sources.

What has changed with the Coronavirus outbreak? As well as downloading or collaborating on a document, we are now also spending several hours per day in video conferences using Zoom, Microsoft Teams or Google Hangouts.

To deliver the streaming video or video conference, the content provider will have placed their own equipment directly into the network of the Internet access provider (BT, Virgin, TalkTalk etc). Streaming video data will rarely pass across LINX; in some senses, it’s never really on the public Internet at all, only Netflix’s private network and BT’s or TalkTalk’s. So increased use of online video mostly applies pressure to the video content provider and to the Internet access network, and there mostly in the last mile of delivery.

By volume, data delivered this way probably constitutes more than 90% of Internet traffic – although only the network operators themselves can measure it reliably.

In the UK, where online video is already widely used, Internet access providers reported that the primary effect of lockdown was to move the evening peak earlier in the day. Yes, there was a huge rise in daytime traffic levels as more people started watching online video during the daytime but, at first at least, this only took daytime traffic up to levels comparable with what they carry normally in the evening, pre-lockdown. As the lockdown has progressed, overall traffic levels have indeed risen fairly significantly, as reported by Facebook and Microsoft among others, but the true night-and-day transformation was bringing the daytime up to evening levels, rather than bursting the peak.

I am less familiar with the situation in those European countries that reported their networks were being overloaded, prompting demands for Netflix to stop showing High Definition video to save bandwidth. Speedtest has published some corroborating evidence that network performance for consumers (average download speeds and latency) did indeed degrade in some countries, while in the UK it has remained steady. I could speculate that maybe online video was less common in those markets, and so the surge in overall use when the lockdown began significantly exceeded existing evening peaks. Alternatively, perhaps Netflix had not yet established on-net caches in those markets. Or maybe a combination of these. I would be interested to hear confirmation or rebuttal for either hypothesis.

So much for video. What else matters?

For many consumers, when they say “Is the Internet working?”, they mean “Can I access Facebook? Can I watch a video?”

For government, it is more complicated. The government would certainly like the video to keep running as part of the effort to encourage people to stay home. But it also recognises that Internet communications are an essential service, for the NHS, for government operations, a critical dependency for all other essential sectors. And when a business reviews the criticality of Internet communications to continuity of its essential operations, it’s usually thinking about parts of the Internet that are barely touched by parts that deliver Netflix and iPlayer.

For business and government services, the Internet is still an incredibly diverse and rich ecosystem. Parts of it – individual connections, particular websites, specific businesses – can fail, either temporarily and then recover, or permanently cease to exist, at any time, as part of business as usual. “The Internet” carries on.

So it is hard to generalise, because there will always be exceptions. But the overall pattern is clear: the genius of the Internet architecture has once more been validated. We have seen a mass switch from working in offices to working from home, and with it a very substantial increase in business dependence on Internet communications to their employees homes. And, no doubt with exceptions, all has gone incredibly smoothly.

It is worth pausing for a moment, to recognise what an amazing technical achievement this is.

It is not inevitable that industries can seamlessly accommodate such major shifts. The distribution chain for toilet rolls is similarly predicated on the notion that a certain portion of the demand comes from business premises; in their case, switching that demand over to entirely home-based use did not pass without a hiccup. To their credit, that distribution chain managed to right itself after a couple of weeks or so.

At LINX, a couple of weeks’ interruption of service is not something we consider remotely acceptable.

Overall traffic at LINX – which means the use of LINX by those varied and diverse networks – has indeed increased, somewhere on the order of 30% since the start of the crisis. This is comfortably within our expansion capacity and – I suspect – in most cases, comfortably within theirs. The data we carry is, in volume terms, dwarfed by the sheer scale of online video traffic inside the Internet Service provider’s network. It will, however, include absolutely essential business and government data. It will certainly include the data that keeps the wheels turning despite the challenges of the current circumstances, and helps mitigate the economic damage we are about to see unfold.

One thing this crisis has taught us is something we already knew: just how much worse things would have been if the Internet – and here I mean, the carriage of more than just Internet video- hadn’t held up so well.

Thanks to techUK for featuring this blog in their series of guest appearances 16/4/20.

The London Internet Exchange (LINX) has added a new point of Presence (PoP) to their London network with Iron...