The Growth of LINX Manchester

With LINX Manchester celebrating its 8th anniversary this week, LINX Network Engineer, Joe Jefford has been tracking the IXs growth from 2016 to the current day.

Introduction
Life at LINX is always busy and that hasn’t changed during the recent lockdown due to the Coronavirus. Some aspects of our work in the Technology team, such as new provisions, has actually seen workloads increase though some major projects have needed to be put on hold. This has allowed us to focus on other tasks such as improving documentation and training presentations. Reviewing this older material allows us to put the development of the LINX network into context and clearly shows how far we’ve come in recent years. With the Manchester LAN’s 8th birthday fast approaching it feels like the right time to reflect on just how LINX’s first regional exchange has evolved over the last few years.

The Development of LINX Manchester
LINX Manchester, originally known as IXManchester, passed traffic for the first time in June 2012. Initially the exchange used Extreme equipment at three city sites, Equinix Williams House, Equinix Joules House and M247. In 2018 we performed some major updates on the network, installing a new ‘core ring’ of BDX8’s (repurposed from the LON2 upgrades) in order to provide 100G capabilities at these locations. These upgrades included upgrading the core ISL capacity to 200Gbps, up from 20Gbps when the exchange first opened. The following year a fourth site, TeleData Delta House, was added to the LAN. TeleData currently operates using a pair of X670s, but there are already plans to install a BDX8 at this site in order to offer 100G at all four locations. 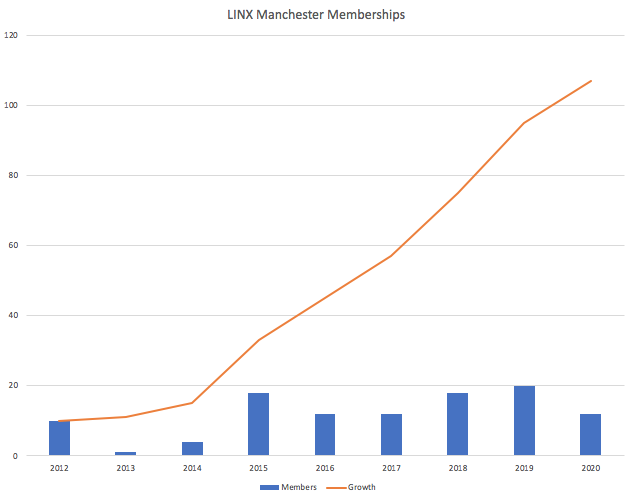 LINX Manchester Member Numbers
From 2016 to 2020 there has been an increase from 45 to over 100 number of connected members. Including 11 members now connected at 100G.

Strong and Consistent Traffic Growth
In terms of traffic on the LAN this has seen huge growth of over 280% over the past four years. In 2016 we were seeing peaks of ~25Gbps as per the graph below: Today we are regularly seeing daily peaks of 95Gbps with the exchange hitting a high just last week of 113Gbps. The figures for traffic levels and connected capacity clearly demonstrates just how successful regional peering on the Manchester exchange has become. 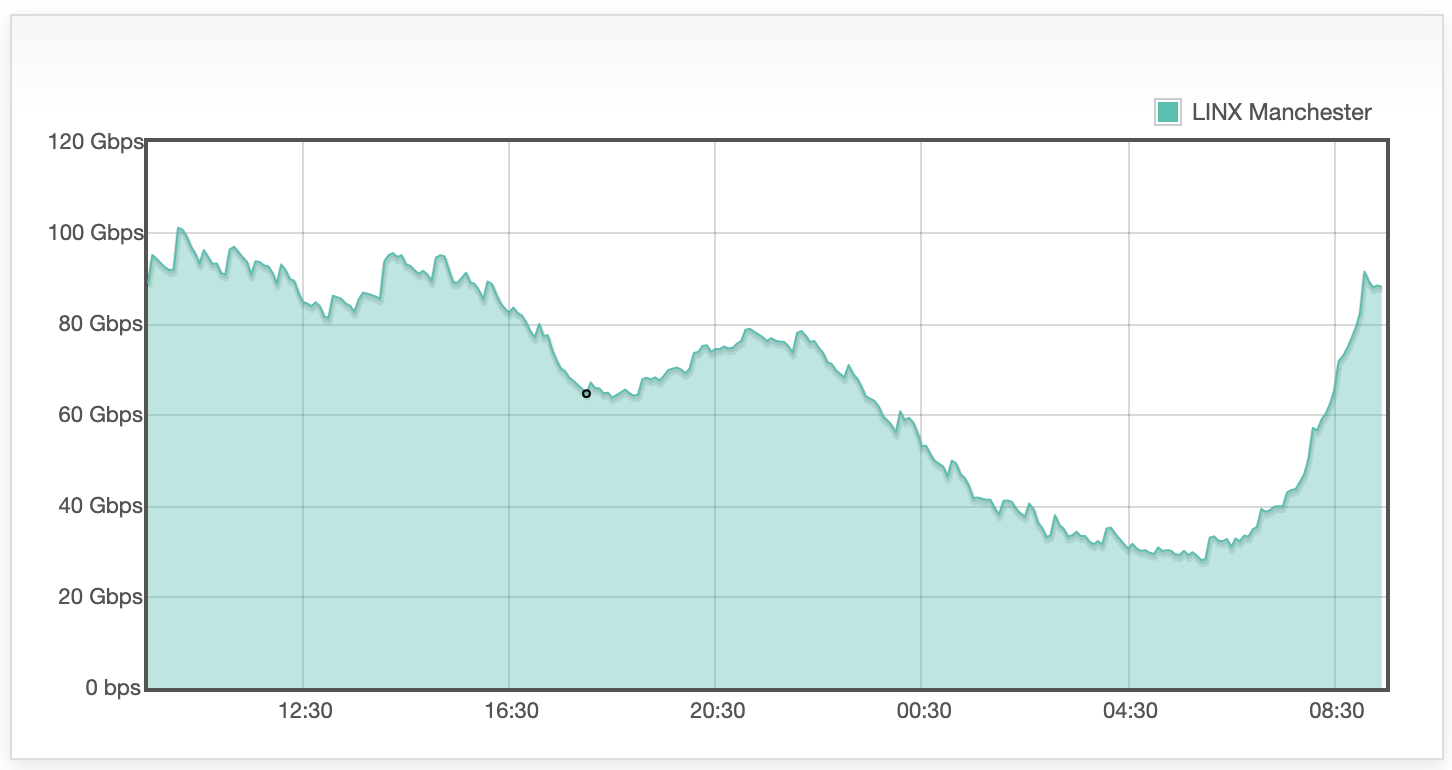