LINXcast is the podcast of the London Internet Exchange. Hosted by Jez Orbell, episodes feature interviews with renowned industry professionals, discussing telecoms and business-related topics, and much more besides.

Jez Orbell has worked in the LINX Marketing team since 2003. His role covers design & branding, copywriting & PR plus the co-organisation of LINX events. He is also editor of the LINX newsletter which is published every month. Jez’s broadcast career includes entertainment and local interest shows on the community radio station Peterborough FM as well as A1 Radio. 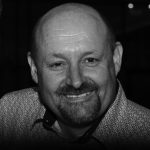 “Part of my role has been to conduct, record, and edit video and audio interviews with telecoms industry professionals on behalf of LINX. I have presented features on location at international conferences in the Middle East and Central America, discussed topics such as artificial intelligence, as well as run a series of face-to-face interviews with colleagues on the subject of women in technology. I have also fronted an interview on Zoom on organising events during the COVID-19 lockdown as well as an interactive quiz for the regional Internet exchange, LINX Manchester. I’m excited by the new LINX podcast and I sincerely hope that the membership community will enjoy it too.”

Please email marketing@linx.net if you are interested in finding out more about LINXcast. 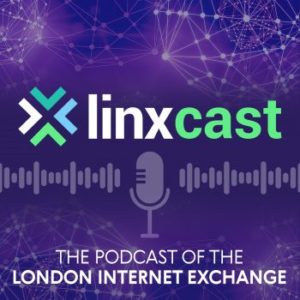 Series 2 Episode 7: This special episode of LINXcast marks the 20th anniversary of the European Internet Exchange Association (Euro-IX). This fascinating roundtable discussion features Kurtis Lindqvist, John Souter, Bijal Sanghani, and Nurani Nimpuno. Among the topics covered were the catalysts in establishing Euro-IX, the long-term goals, its greatest achievements, and what would’ve happened if Euro-IX hadn’t been established at all.

Series 2 Episode 6: This episode of LINXcast marks International Women in Engineering Day (INWED) on the 23rd June 2021. Earlier this year, LINX and Workonline hosted an event entitled ‘Carer or Career’ with AfPIF as part of their Virtual Peering Series for Africa. Keynoted by Josephine Nyiranzeyimana, Government Chief Information Officer at the Rwanda Information Society Authority (RISA), the event attracted an interesting response from those attending.

Series 2 Episode 5: This episode is a digest of LINX news stories from the Spring of 2021. These include the LINX AGM and Board Election, LINX’s Closed User Group and Private VLAN services, and the upgrade of the core ISL capacity at the Telehouse North and West locations on the LON1 London network. We also look at industry events and how LINX can help financial services networks keep control of their data.

Series 2 Episode 4: This episode features highlights from LINX’s recent Spotlight on LINX Scotland and LINX Wales events plus the LINX Manchester regional meeting. Our guests included James King of Scottish Futures Trust & Host In Scotland, Richard Sewell and Michael Groves of the Welsh Government who covered Wales’ Digital Connectivity, plus Richard Francis of Network Rail. Richard provided an overview of how Network Rail is providing access to its telecommunication assets for external partners enabling them to support the delivery of Gigabit connectivity across the UK.

How life, including COVID-19 vaccines, is digital

Series 2 Episode 3: In this episode we replay our LINX Distinguished Industry Speaker presentation with Bert Hubert, entitled ‘How life, including COVID-19 vaccines, is digital‘. Bert explains the fundamentally digital nature of life, and how even the new mRNA vaccines pack a 1 kilobyte/15 petabyte punch of life-saving information.

Series 2 Episode 2: In this episode we speak to Nic Blamire, Head of Sales Middle East & Africa at LINX ConneXions Reseller Award winners, Epsilon Telecommunications. Among the topics discussed were the organisation’s business structure, its strategy in Africa, remote peering, the importance of partnerships, plus Epsilon’s plans for the future.

Internet Regulation and LINX News Round Up

Series 2 Episode 1: Your host, Jez Orbell, introduces a bumper, two-part episode, featuring LINX Head of Public Affairs Malcolm Hutty. He will be covering the implications of the Telecoms Security Bill in the UK and the Digital Services Regulation in the EU. There will be a round-up of the latest developments from the London Internet Exchange including exchange growth (Kurtis Lindqvist), product development (Mike Hellers), and engineering projects (Mo Shivji). We also feature the inaugural LINX ConneXions reseller Awards presented by Lynsey Buckingham.

Series 1 Episode 7: We look back at the topics covered and the telecoms industry speakers who have been part of the show during the first series. As a bonus we have an interview with Jay Flynn MBE of Jay’s Virtual Pub Quiz fame, who shot to fame during Lockdown 2020.