LINX have introduced its 400GE interconnection service in association with their service delivery partner, Nokia.

Features of the 400GE Service

Manuel Ortiz Fernandez, Senior Vice President of EMEA Webscale business at Nokia, said: “LINX is experiencing greater demand for its market-leading interconnection services than ever before. We are pleased LINX has chosen Nokia’s market-leading 400GE IP routing technology to help ensure its infrastructure is as up to date as possible and that it remains at the forefront of the IXP industry.”

In a new video, LINX CTO Richard Petrie, and Enterprise Architect Mariano Juliá, explain the background behind the project. They also address today’s market challenges, and how they expect them to evolve in the near to mid-term. 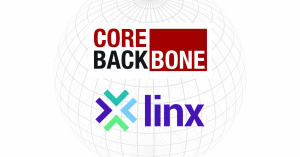 Core-Backbone were the first to place an order for the new 400GE service. Based in Germany, they operate an international, secure, and high-availability network around the world and have been fast to adopt 400GE services at IXPs across Europe.

Andreas Goetz, Head of Sales and Marketing for Core-Backbone said: “We are happy to be the first customer at LINX deploying a 400G port at the exchange. This helps us to improve our network quality and provide our customers with extended services. LINX is an important player for us, due to its strategic location, connected through several submarine cables with Americas and Africa. Lately we have replaced three 100Gbps exchange ports with one 400Gbps, which has right now the biggest port-size in the whole market.”

Jennifer Holmes, LINX CCO added: “We are really excited to be rolling out the 400GE service to our members and thank Core-backbone for snapping up the first order! We are readily delivering this service in London now and taking any enquiries for 400GE at any of our other interconnection platforms across the UK and US.”

Have you seen the new LINX Member Portal yet? We’ve had great feedback so far from members which is great to hear.

Users will need to set-up a new portal account to access the available features. Of course, if you have any questions or issues please contact support@linx.net. Alternatively please use the live chat function on the portal homepage.

At LINX114 LINX Product Manager, Mike Hellers, explained the main benefits for members with the new platform. You can watch his presentation below.

LINX has produced a short video that explains how 2022 LINX member fees, which come into effect from 1st January, will work. Essentially, they are calculated using three separate elements: 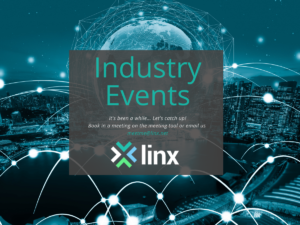 Pacific Telecommunications Council (PTC) is delighted to reconnect with members of the ICT industry in Honolulu at PTC’22: Reunite. Rethink. Renew. PTC’s Annual Conference is a strategic springboard for the global communications industry, providing all attendees with a four-day platform to focus on planning, networking, and discovering what lies ahead for the industry.

The LINX115 member meeting will take place on Monday 21st – Tuesday 22nd February 2022 at the Park Plaza, Victoria in London, and online. If you are unable to make the conference in person we provide a webcast service. Members will be able to access the webcast via the ‘events’ section in the LINX Member Portal (log-in required).

Registration will open in the new year. In the meantime, look out for updates on the LINX115 programme on social media and on the event page.

If you have missed any of LINX’s live events or training sessions we make them available to watch again in our Learn with LINX section and LINX YouTube Channel.

LINX and Newcastle Internet Exchange (NCL-IX) have announced a partnership agreement that will will see them provide networks at any of the locations access to the other via a trusted and redundant carrier.

BSO, a Diamond ConneXions reseller partner for LINX and similarly a key partner for NCL-IX, will facilitate the transport for networks wanting to access any of the UK’s key interconnection locations. This will include LINX’s London platform as well as LINX Manchester and LINX Scotland. 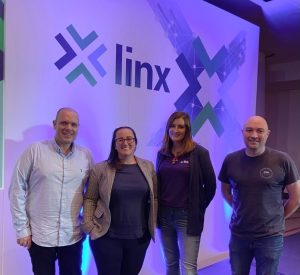 Netskope are leaders of SASE (Security Access Service Edge), delivering cloud security to thousands of global enterprise networks, including more than 25% of the Fortune 100 companies. With the increasing reliance and demand for cloud-based services, the team at Netskope are finding their cloud security services are too, on the rise.

QTS became the fourth data centre partner for the LINX NoVA network earlier this year and this first connection from their Ashburn location looks like the start of many enquiries.

Malcolm’s talks are always among the most popular and are considered extremely valuable so this is well worth watching.

For more information on LINX Public Affairs please follow the link below.

In our Industry News Briefing we highlight a few of the current news stories relating to the telecoms industry.

If you are a LINX member and would be interested being featured in a future edition of the LINX newsletter please email us at newsletter@linx.net.

What You May Have Missed 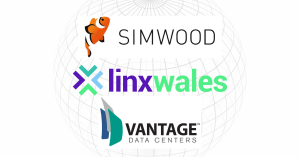 Wholesale telecoms carrier, Simwood, have announced a new point of presence in Wales as they extend their network to Vantage Data Centers’ facility in Cardiff. Simwood’s network will now also be visible at LINX Wales.

Simwood has been a member of the LINX since 2011, delivering their range of services over LINX’s interconnection points in London and Manchester.

Vantage Data Centers in Cardiff is Europe’s largest data centre campus and supports the IT operations of clients of all sizes including financial services, government, IT Service providers, telecoms and ISP’s, cloud operators, utilities, and retail companies.

Reach out to LINX to find out more.

This episode of LINXcast features Richard Tang, Founder & Chairman of Zen Internet, talking about the development and future of full fibre broadband. Richard reflects on his experience of the last 25 years and gives his views on past lessons that will help us plan for the 2020s decade, as well as things we can expect that will be completely new.

Richard has spoken at LINX member events before and his presentations are always thought-provoking and insightful, particularly on artificial intelligence (AI). These can be viewed on the LINX YouTube Channel.

Take a look and a listen to the different topics we’ve covered and if you’ve like to share any ideas for a future podcast or join us to discuss a topic, why not reach out to us!