The Malaysian government has brought forward a bill in Parliament that sets the penalty for publishing so-called “fake news” online with up to ten years in jail plus a fine of 500,000 MYR (about £90,000), Reuters reports.

“The proposed Act seeks to safeguard the public against the proliferation of fake news whilst ensuring the right to freedom of speech and expression under the Federal Constitution is respected,” the government said in the bill. 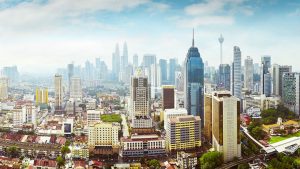 The bill gives a broad definition to fake news, covering “news, information, data and reports which is or are wholly or partly false”. It seeks to apply the law extra-territorially, to anything published on the Internet provided Malaysia or Malaysians are affected by the article.

“Fake news” has become an increasingly popular target of political attack since Donald Trump popularised the term in his battles with CNN and other major broadcasters. In the UK, a Parliamentary Select Committee recently held their first ever hearings in Washington DC on the  subject, summoning social media platforms to be lambasted for failing to suppress allegedly “fake news”. The Prime Minister’s office established a new unit to counter fake news in January.

So far, however, no UK government Minister has suggested jailing people for writing something on the Internet that isn’t right.